All spiders are predators, feeding on insects and other small animals. They have hollow tusk-like jaws connected at the base to poison glands that produce toxins delivered by the jaws. These toxins are used to capture and subdue prey, and may also be used defensively. Very few spiders can bite through human skin, and most of those than can either possess toxins that have little or no effect on humans, like the American tarantulas, or produce insufficient quantities of venom to cause significant symptoms, like jumping spiders. Only a small number of spider species worldwide combine the ability to penetrate human skin and to deliver enough sufficiently toxic venom to cause serious human disease. Of these species a portion are ecologically separated from humans in a manner that all but eliminates them as serious risks.

No spider as part of its normal behavior seeks out humans for any reason, much less for the specific purpose of biting someone. Bites generally occur when a human accidentally injures a spider or when a spider confuses a person’s movement with that of a prey insect. 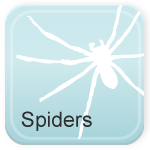 In general, the major signs and symptoms of serious spider bite are either systemic and neurotoxic, like that of a black widow bite, or are locally erosive, causing a relatively painless open lesion, like that of the brown recluse spider. A third category of bites, like those caused by wolf spiders, may cause short-term symptoms similar to those of a mild bee sting, with localized pain and some swelling.

In northern California, there is only one kind of spider that can bite and cause toxic effects in humans, widow spiders. Widow spiders possess neurotoxic venoms that may produce system-wide effects when injected into humans. In the United States only the black and brown widows have a truly dangerous bite, which can cause short-term illness and systemic discomfort and in rare cases severe illness. However, there has not been a death attributed to a Widow bite in the United States in decades.

Recluse spider bites are often blamed as the cause of large, often expanding lesions seen on patients in California. Yet the brown recluse spider does not occur in California, nor within a thousand miles of the state. In any case recluse spider bites, which have been studied from initial bite to resolution, always result in a fingernail-sized lesion, which is self-limiting, usually healing completely without treatment within several months unless it gets infected.

Many different symptoms are ascribed to spider bites. However, there is usually little evidence actually connecting a spider bite to diagnoses of spider bites. The medical literature is full of clinical descriptions of spider bites that lack any evidence that a spider was actually involved. If a deep lesion develops with minimal surface necrosis of the skin, and continues to spread into deep tissue with extensive swelling and reddish, purple or dark discoloration extending away from the site of the lesion, it is unlikely that a spider bite was the cause. The most likely cause is a primary or secondary, but invasive, infection that causes cellulitis. Culture for cellulitis-causing bacteria and studies of their antibiotic sensitivities would be a positive contribution to this issue. In any case treatment with antibiotics is strongly recommended. Many current cases of brown recluse spider bite are probably caused by the antibiotic resistant strain of Staphylococcusaureus often referred to as MRSA. 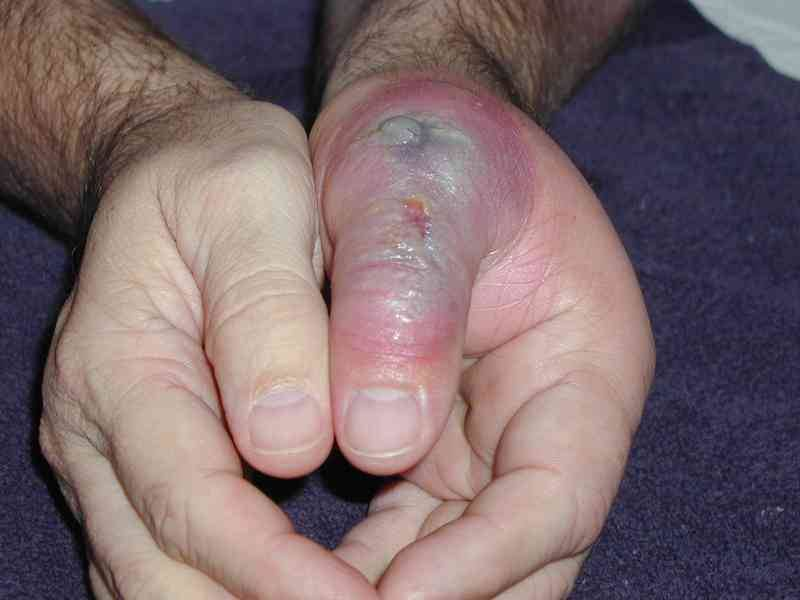